I had a slow start this summer due to family health issues, but I’m finally back out on the track. A few weeks ago, I began blowing off the track and yesterday was ready to put an engine out there. But due to the harsh winter, my turntable was a real mess. So yesterday, I got out there, removed the rail, ripped off the old decking and began putting on new decking. I’m grateful for a find several years ago at Groseman’s before they became “Bargain Outlets.” They used to have the greatest lumber yard and hardware stores. When I was a kid we always went to the one on River St. in Woonsocket. Now it’s nothing be a memory. But back to the project. I purchased a load of the old style composite decking that was being sold for nearly nothing. Wish I would have got more. Anyway, here are some pics of the project. Tomorrow, I’ll get the rail back on and be ready for steaming. 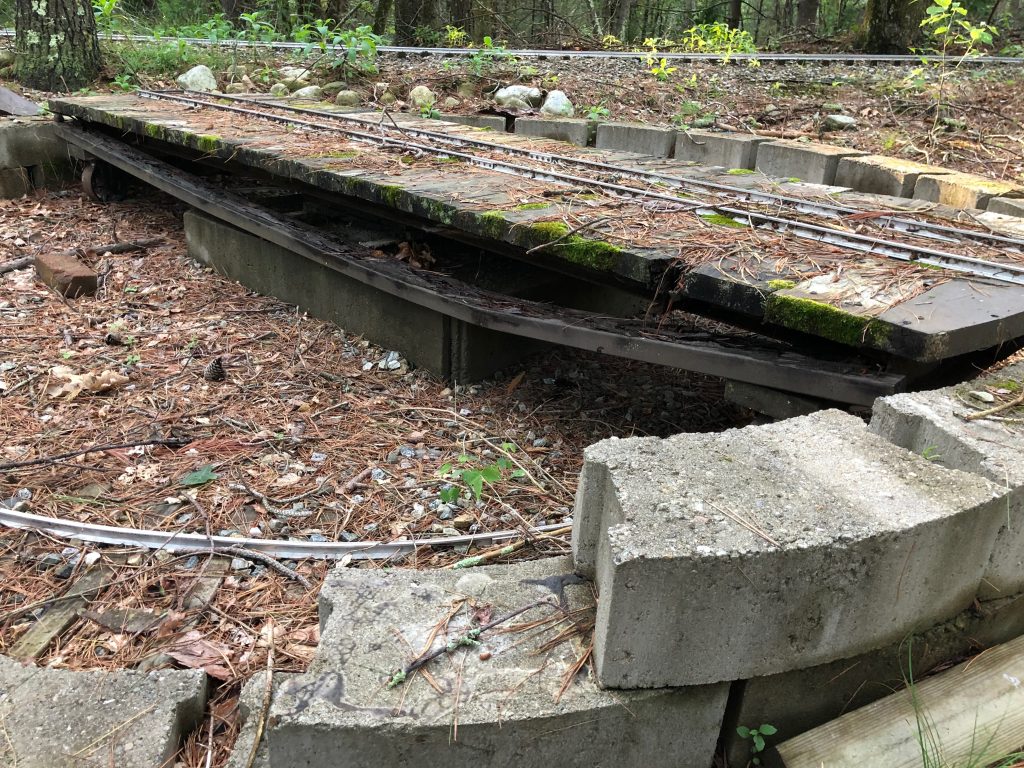 Turntable with rotted out deck

The deck almost fell off. 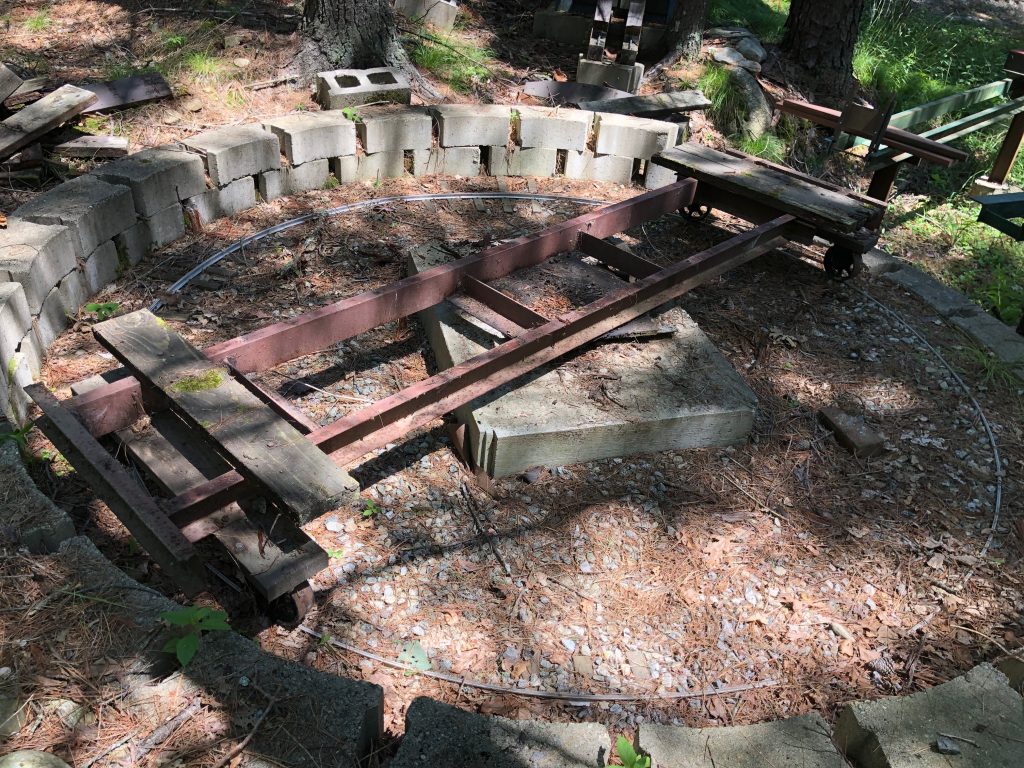 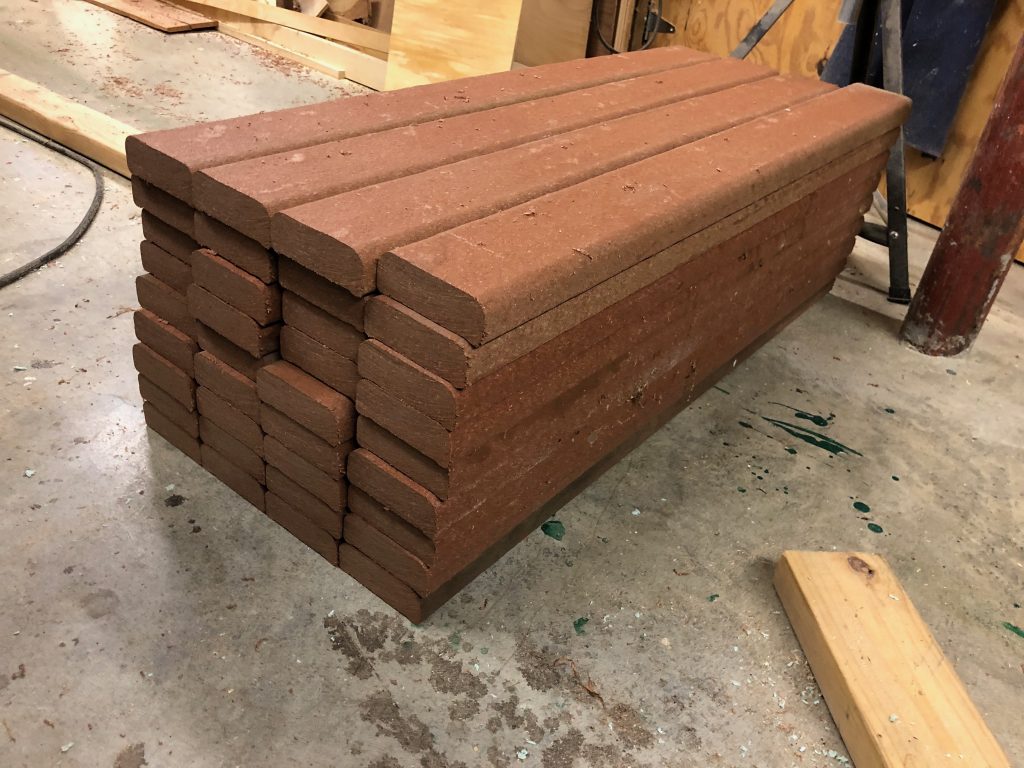 Decking is all cut to size 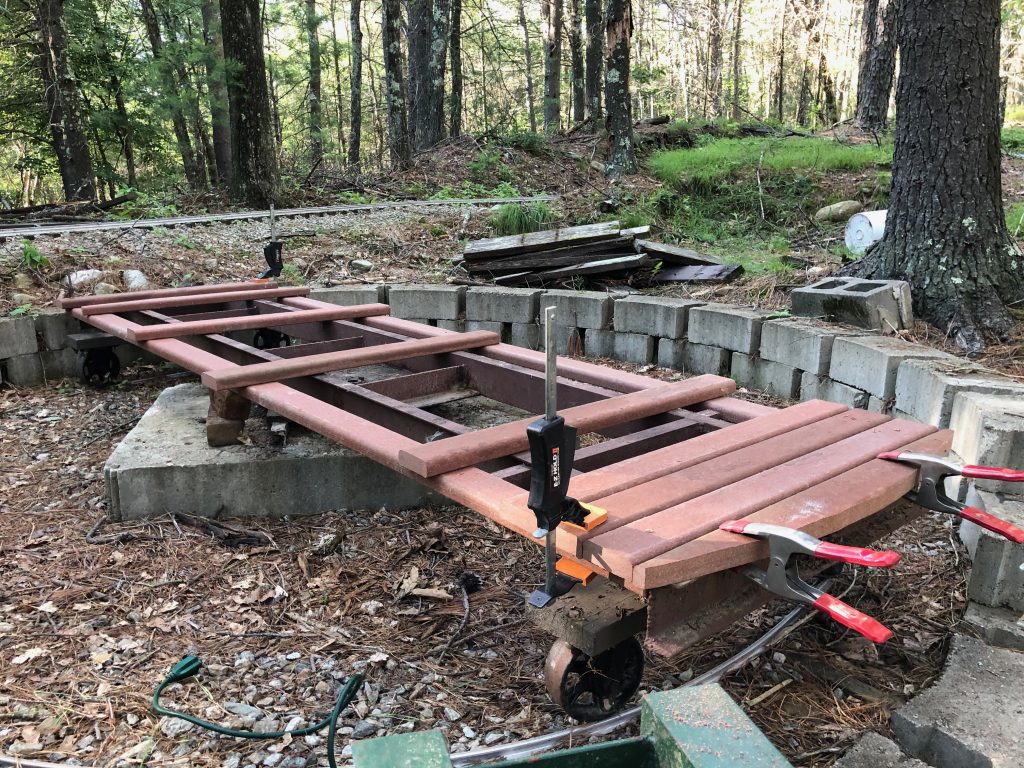 Attaching side bars to hold decking in place. 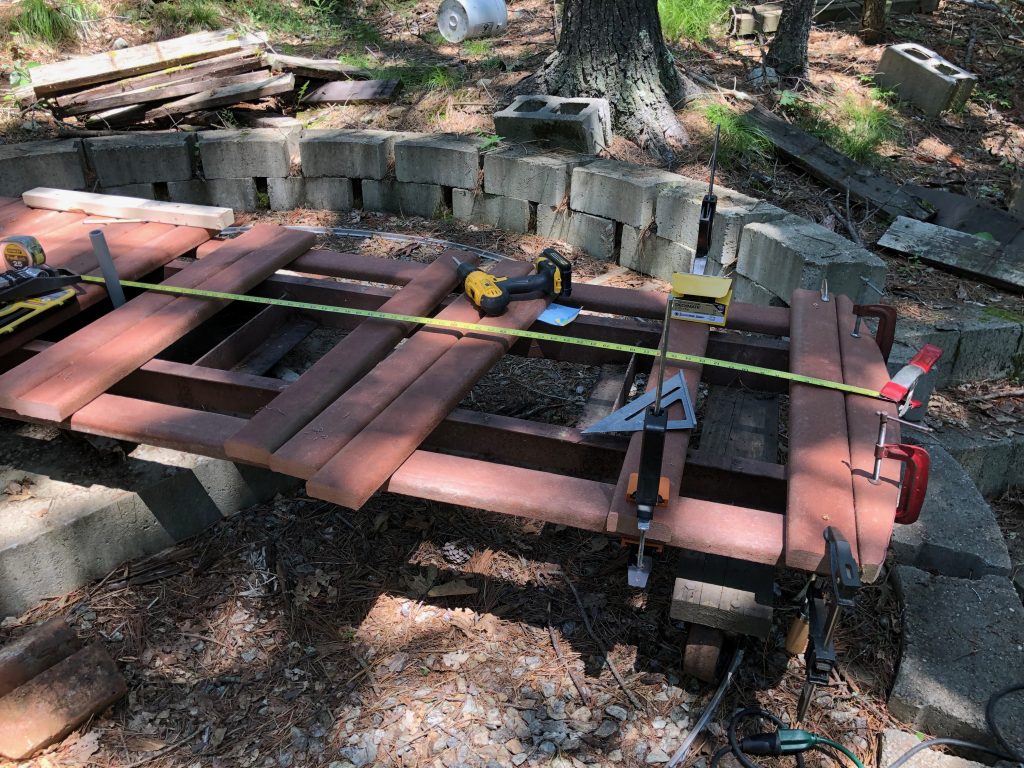 Measuring to get center for each end. 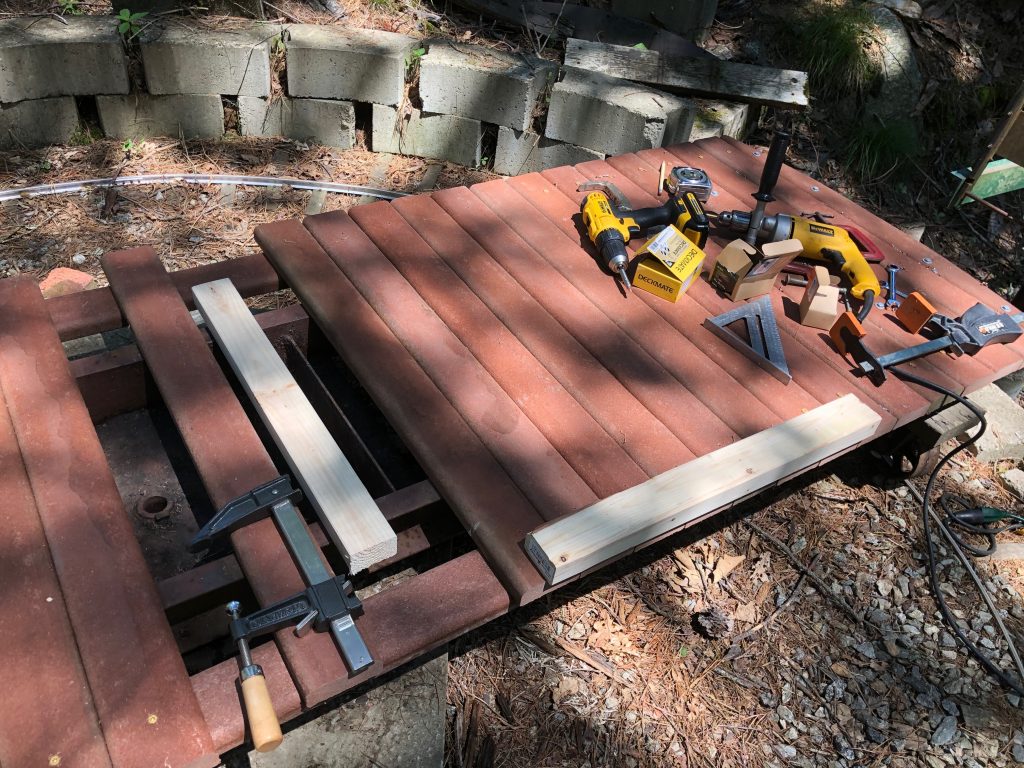 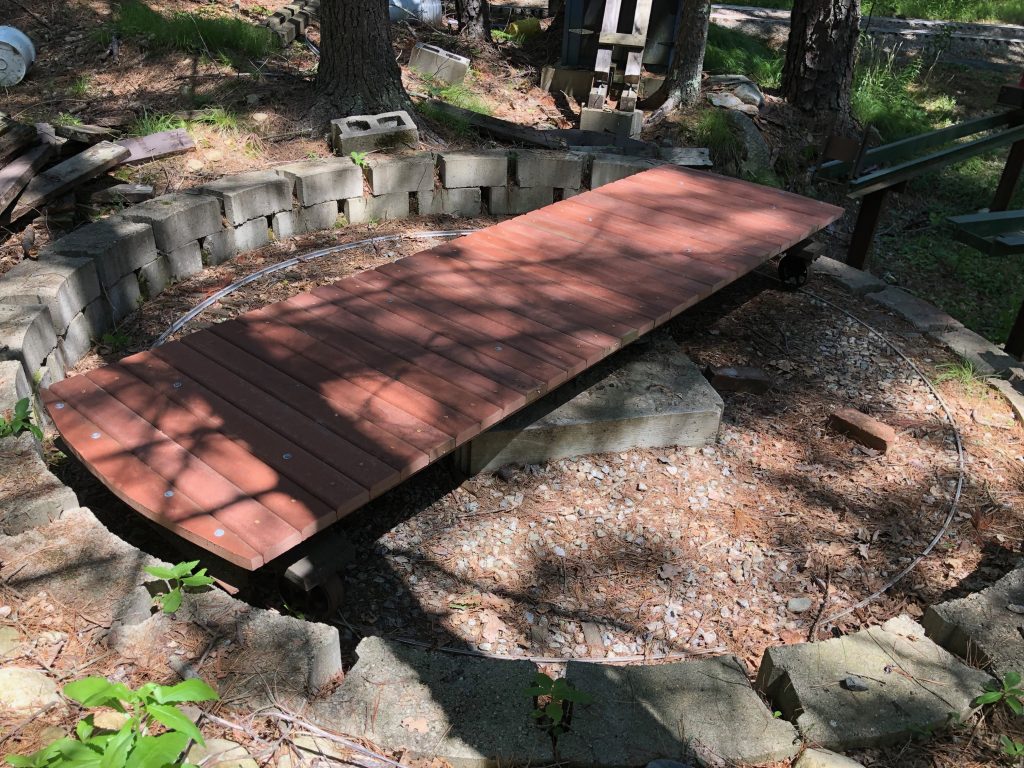 Wish I had this stuff when I first built the turntable!